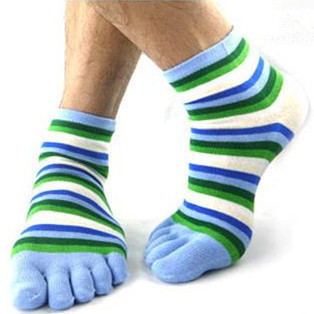 My mother’s sister Myrtle could milk two cows at one time. She would use her hands to milk the cow in front of her and her feet to milk a cow to the side. She was the best worker on the farm. Not only could she milk twice as many cows as any ranch hand but she could also work more hours without complaint.

The men may have been physically stronger than Myrtle but she would be darning socks long into the evening after all the boys had fallen asleep. “Women have to be stronger in ways different than just muscle,” Myrtle would say as she removed her shoes and began milking the cows. “We women carry men in the womb and then carry them the rest of their lives,” she proclaimed.

No man dared debate Myrtle lest she challenge them to some feat in which she could use her feet as well as her hands. The men would test each other every spring in games of skill and strength but as soon as Myrtle stepped into the ring they all ran away. Log rolling was a game in which two combatants would stand on a large log on the water and spin the log until one fell off. Aunt Myrtle would take off her shoes and socks and climb on the log daring any man to challenge her. “Her feet are like large hands,” the men would complain, “I can’t compete with that”!

In defense of the men, Myrtles feet were rather large for a woman or a man for that matter and the toes were elongated and spread apart more than regular human toes. The big toe could move around to touch all the other toes. That was Myrtle’s strength. It was not that the toes were so dexterous but that darn opposable big toe made all the toes work together in harmony. Myrtle could grasp with those toes and that made all the difference.

Of course Myrtle also possessed the feminine power of working beyond tiredness, beyond hunger and never giving up. Women were created to be able to care for a child even when she herself was sick or exhausted. She would make sure her child had food even though she was starving. Myrtle had those powers and she could outlast any man on the ranch. She told me that she could see it in their eyes when they were ready to give up. A man could be too hungry or too tired to continue on but a woman had no such option. Myrtle knew this and she used it against them.

She would wait until late in the day, when the men were hungry and tired and then she would begin a job of mending a fence post. Holding the post with her hands, hammer secured by her feet, she would ask the new hires to hold the nails while she hammered them in. She would watch the light go out of his eyes and knew that she had won. She would have no trouble from that ranch hand for the foreseeable future.

Then later that evening Myrtle would mend the men’s socks and also work on socks of her own creation. Myrtles feet were the talk of the town, but her socks were what really got people talking. She knitted the socks so that each toe is individually encased the same way as fingers within a glove. Everyone who saw them laughed and laughed. If only Myrtle could have lived long enough to know that her “finger socks” would be sold in every store in America and that shoe companies even made running shoes that fit the finger sock mold. Well I always knew Myrtle would be a footnote in history!