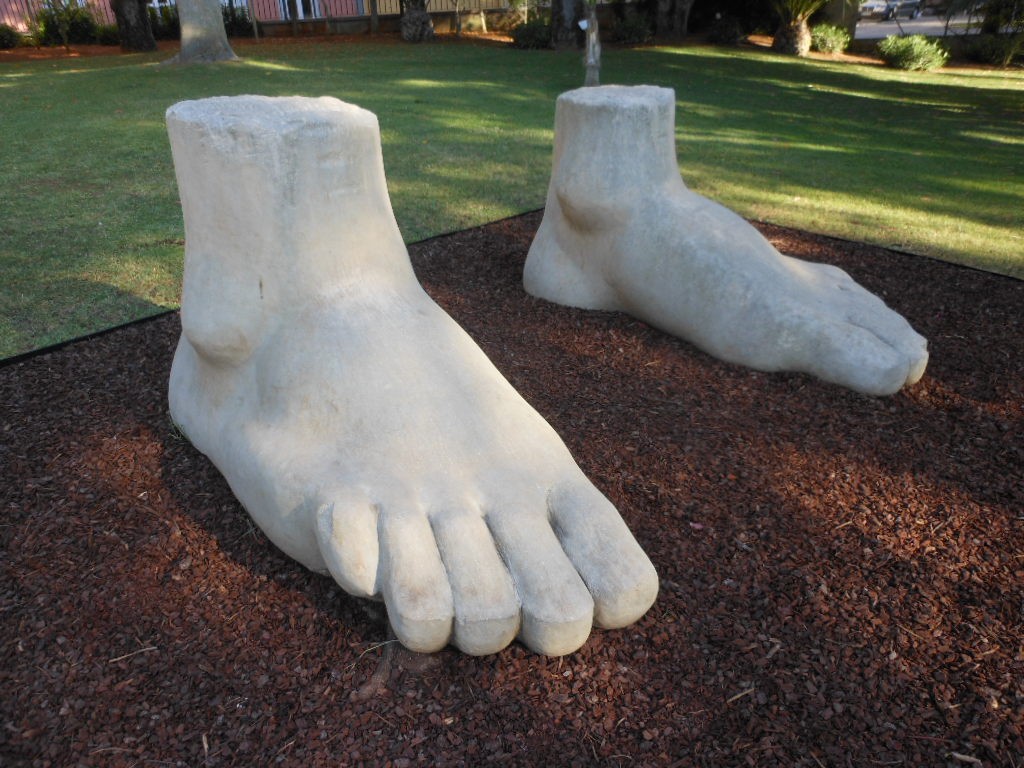 When Obadiah Spittle was born to Elizabeth and Barton Spittle in Grafton in 1795 he came out feet first. On first seeing those feet it is said that the midwife fainted and the local doctor requested a stiff drink. It was not so much that the feet were strangely shaped and covered in hair, it was the unnatural size of the things that caused such a stir that day. It was the fact they were adult sized and not just regular adult size but fairly large adult size.

The doctor was at first concerned that the entire baby would be large and just as he was contemplating just how to get such a huge baby out in one piece the rest of Obadiah shot out and shockingly was a regular seven pound baby. In fact, in comparison to those feet the rest of the infant looked quite tiny.

By the time the midwife had come to her senses and the doctor had consumed enough Blackstrap Whiskey to face the fearful town citizenry, Barton Spittle was already working on making a crib large enough to contain Obadiah’s feet.

As the years went by the rest of the boy grew at a normal rate, but no matter how much he grew it was said he would never catch up to those huge feet. As one would imagine finding shoes for those feet was a continuous endeavor. Barton first went to the local blacksmith for makeshift shoes, but the boy could not walk with his feet encased in those huge metal caskets.

The local seamstress worked with the family and made three-ply socks and the carpenter added a wooden bottom sole and the boy was able to at least go outside and work on the farm and go to school. Those huge feet covered in billowy cloth and the awkward clomping around on those wooden bottoms left poor Obadiah open to much ridicule.

Enter Oliver Ward, a corporal in the Massachusetts militia and hailed from a founding Grafton family of no little fame. Upon seeing the poor Obadiah with his uncommonly large feet and watching the boy being mercilessly ridiculed by the local juvenile delinquents, Oliver felt he must take action.

Oliver examined those huge boats that Obadiah was forced to lug around and realized that there was only one solution. Meeting that evening with a good friend (who was known for animal husbandry) Oliver decided to open his own shoe factory. Once he had his financing, and his tanning supplier was on board, Oliver searched all over Massachusetts for the best and brightest Cordwainer he could find.

Oliver worked day and night until the very first shoe factory was established in 1809. Because of Obadiah’s huge feet, and because of the caring ingenuity of one of Grafton’s finest citizens, Grafton qualified as the first town in Worcester County to manufacture shoes for export to the general public. And Obadiah Spittle qualified as the first Massachusetts citizen to receive shoes from this factory. The first factory was named after Obadiah and at its peak Grafton produced nearly 600,000 pairs of boots and shoes a year and employed 550 men and 300 women. And all of this because one little boy was born in Grafton with feet that were ten sizes too large.

Obadiah finally grew up and became a cobbler as he was destined to do. One day the local physician came in with an old pair of shoes and asked him to look them over and see if they are worth repairing. Obadiah, being an honest man, examined the shoes and told the doctor they were not. To the doctors consternation Obadiah began writing up a bill. “You can’t do that,” stated the incensed physician, “you never even did anything to the shoes but look at them!” Obadiah quietly pulled out a bill he had received for his yearly physical. The doctor, knowing he was beaten, accepted the bill and promptly paid.