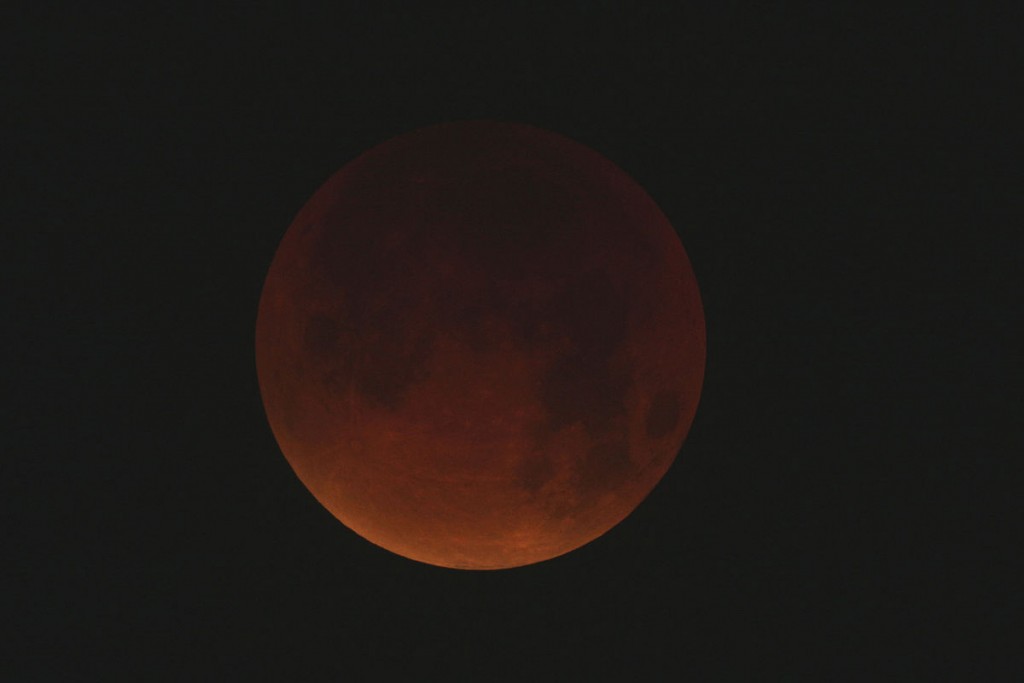 Aunt Clara was so excited to be in Grafton during the recent “blood moon” experience. So many of our friends and neighbors were out with their cameras and telescopes. The last time Aunt Clara experienced the “blood moon” was the summer of 1982. Ronald Reagan was in the White House, a gallon of gas was 92 cents and you could buy a home in Grafton for $40,000. In 1982 nobody would have believed that the son of the current vice president, George Bush, would one day become president.

It was in 1982 Burt and I went to see the Stephen Spielberg film, “E.T.” In the film an alien being that loves Reese’s Pieces, finds friendship in America and tries to use a phone to get home. One interesting thing about the candy used in the film is that Spielberg wanted it to be the popular chocolate coated treat, M & M’s.

The Mars Company refused to let their tiny alphabet candies be part of such a strange movie so instead the Hershey’s company agreed to let the film use their brand new peanut butter creation. The local cinemas filled their shelves with Reese’s Pieces so that children could enjoy eating the candy in their seats with the alien character in the film. In this way E.T. became the first interactive film and a precursor to our 3D films of today.

In 1982 the common commercial of the day on television was “Raid kills bugs dead,” Nike shoes had their first television advertisement, and Fred the Dunkin’ Donuts baker said, “time to make the donuts” for the first time. Burt became addicted to the brand new Weather Channel, and we saw the first ever compact disc player show up at the local RadioShack. The first disc Burt bought was a recording from 1979 of Claudio Arrau performing Chopin Waltzes. Oh how Burt loved those waltzes.

In Time, for the first time ever, their man of the year was not a human but a computer. Over 2 million computers were sold in America. The magazine discusses the new Apple computer coming out called “the Lisa.” For $10,000 (about $25,000 in today’s dollars) you could own it, which also included the first mouse. Of course all computers of that time had a big floppy hat disc. Somehow the words you would see on the computer screen were all kept on that disc; at least that is what Burt told Aunt Clara.

Burt did buy himself a Commodore 64 computer in 1982 and for the life of Aunt Clara she never understood why. Burt would sit at the ugly looking thing for hours poking and pecking out what he called code, finally making a ball bounce across the screen. Burt would jump with glee as he would call the neighbors over to see his work of genius. Too bad Burt did not live to see the World Wide Web computer of today.

All the young kids were wearing Deely Bobbers in 1982. The Deely Bobber was a headband to which was affixed two springy protrusions resembling the antennae of insects. Most kids would have pom-poms or light emitting diodes on their Deely Bobbers. Unbelievably these things were patented and they made someone a millionaire. Just goes to show people were just as silly in the 1980s as they are today.

Aunt Clara has done a lot of living since that “blood moon” of 1982. She owns a smartphone that is smarter than most people she knows as well as a state of the art computer with a mouse and everything. Remembering passwords is easy mcbreezy for this grande dame. Aunt Clara’s password is always “incorrect,” of course, that way as she gets more forgetful her computer tells her “your password is incorrect.”